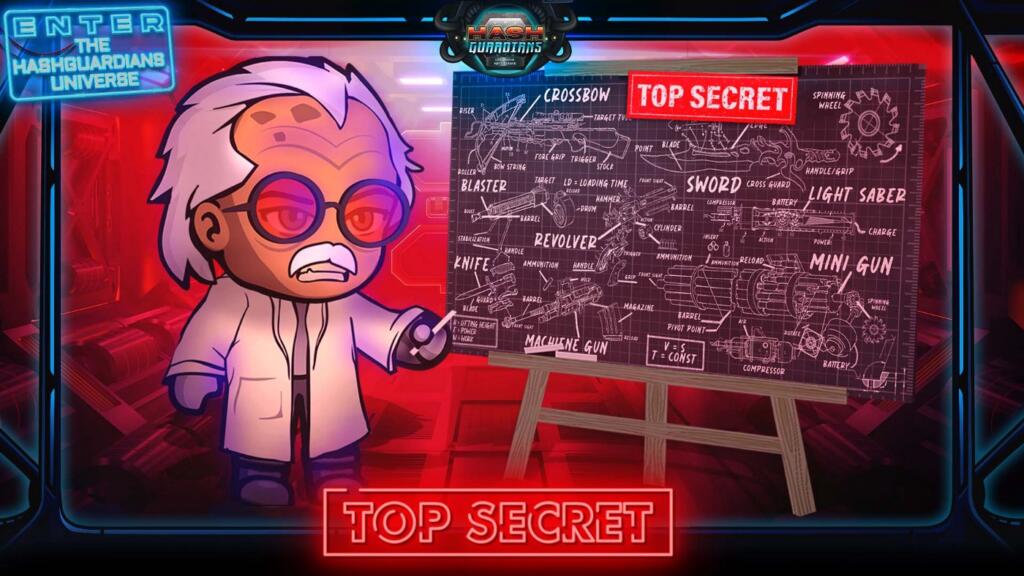 Today we have a bit of a surprise for everyone!

As some may have noticed, over last few weeks we have been consistently reminding everyone of the special wallet snapshots we are taking prior to the Pre-Alpha HashBox mint and the need to connect your wallet to your HashGuardians account.

One of these important snapshots was completed today, February 20th at 10:30 pm CET, and today we are going to reveal its purpose!

We call this snapshot the “The Pre-Alpha HashBox Reward Snapshot.”

Since announcing the HashCoin Minting Values and the details regarding our Pre-Alpha HashBox mint, we have known that a portion of our holders have yet to accumulated the amount of HashCoins need to mint a Pre-Alpha HashBox using HashCoins instead of ADA. Additionally, as we are still early in our development, active in-game earning of HashCoins is not yet integrated, which further limits potential HashCoin earnings for any of our players.

With all of this in mind, and taking the feedback of the community to heart, we felt that we could do something extra to reward each of our HashGuardian holders.

Therefore, we have decided to give all of our active account owners the opportunity to mint a FREE Pre-Alpha HashBox!

All HashGuardians.io accounts that were attentive to our snapshot reminders and had at least 1 HashGuardian in their wallet connected to our website at the time of the Rewards Snapshot on February 20th (10:30 pm CET) will be given the opportunity to mint 1 free Pre-Alpha HashBox during the early access minting period starting on February 25 at 21:00 CET time (the start of the Pre-Alpha HashBox mint).

When claiming the free Pre-Alpha HashBox, the only cost to claim will be the blockchain transaction fees required for the minting process.

In addition to the free Pre-Alpha HashBox, we also have something special in store for our HashCoin payment minters as well, so keep reading!

Why a silent snapshot?

It is important to us to directly reward those who actively believe in our vision and the future of the HashGuardians Universe. Whether it be new members of our community or those that have stood by us throughout the entire development journey, holders with many Guardians or those with just a few, we really want this reward to a universal way of thanking each and every one of you.

So thank you all very much! We are truly lucky to have each and every one of you in our community!

After numerous discussions within our team, we have also decided to extend a special discount on the HashCoin minting price for the upcoming Pre-Alpha HashBox mint.

We are reducing the HashCoin minting cost by 20%!!!

Remember — minting with HashCoins also removes the typical transaction fees we are covering those for you as well!

The final minting costs will be as follows:

How will the free claim affect supply?

The overall supply of Pre-Alpha HashBoxes will remain fixed at 5,555. However, given the free claim reward to the snapshotted accounts and silver ticket claims, there will be a reduced amount of HashBoxes available for HashCoin and ADA minting. Our estimates on the minting numbers are below, but these are only our best projections. Remember, each account owner that met the snapshot requirements will be required to manually claim their free Pre-Alpha HashBox.

The HashBox opening system is scheduled to go live during an opening event at the end of March (Q1). While we have been focused on the rebuild and expansion of the HashCoin Minting System as well as the onboarding of our new gaming developers, we are still working diligently to develop the on-chain HashBox Opening System. Once the opening system is launched, it will remain available indefinitely (except for maintenance periods), so that users may open their HashBoxes at any time.

In the same way that our minting system and live reveal are self-developed and unique in the Cardano NFT space, we are working to create an in-house solution for the HashBox Opening System. We are extremely proud of the flexibility of payment methods on our new minting system, and want to build the same level of functionality into our opening system and the introduction of the item burn mechanics.

While it makes sense for some projects to simply rent minting systems for their blockchain tech, we feel that keeping this development in-house will position us well in the future. As blockchain integration in the HashGuardians Universe continues to expand, we are continually impressed with the performance of our development team and cannot wait to see how everything evolves with the inclusion of Plutus smart contracts.

The future is bright, Guardians! Stay frosty and we will see you soon!